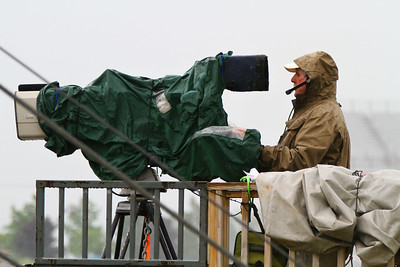 I’m a huge science and engineering documentary geek. I prefer watching documentaries over all other forms of television. It doesn’t really matter what the documentary is about, I’ll usually watch it. After getting ready for my wedding I had a bit of time before I had to walk down the aisle so I watched a documentary about pilots learning to land Marine One at the White House. There probably aren’t many people who would choose to spend that time that way.

Science documentaries have experienced a renaissance over the last few years, particularly on the BBC. The long running Horizon series has been joined by a raft of other mini-series presented by Brian Cox, Alice Roberts, Marcus Du Sutoy, Jim Al-Kalili and Michael Mosely. These cover a large part of the sciences, including Chemistry, Biology and Physics. Physics in particular is regularly on our screens. Whether it’s talking about quantum mechanics or astronomy or something else it seems that Physics has never been more popular.

As someone who writes computer programmes for a living this makes me worry that your average man on the street may end up with a better understanding of quantum mechanics than they do of the computer on their desk, or in their pocket.

It wasn’t always like this. Back in 1981 the BBC ran the BBC Computer Literacy project, which attempted to teach the public to program using the BBC Micro through a ten part television series.

Clearly if a project like this was to be attempted today there would be no need for the BBC to partner with hardware manufactures. People have access to many different programmable devices, they just don’t know how to program them.

Recent programs that have focused on computers were Rory Cellan Jones’ Secret History of Social Networking and Virtual Revolution by Aleks Krotoski. Neither of these were technical documentaries, instead they focused on business, cultural and sociological impacts of computers and the internet.

It’s not that more technical aspects of computer don’t appear as part of other documentaries, recently Marcus Du Sautoy announced that he is filming a episode of Horizon on Artificial Intelligence. It won’t air until next spring, so it’s hard to comment, but I suspect it will focus on the outcome of the software rather than the process of how computers can be made to appear intelligent.

Jim Al-Kalili’s recent series on the history of electricity, Shock and Awe, ends with a section on the development of the transistor. During it, and over a picture of the LHC, he says something rather interesting.

Our computer’s have become so powerful that they are helping us to understand the universe in all its complexity. 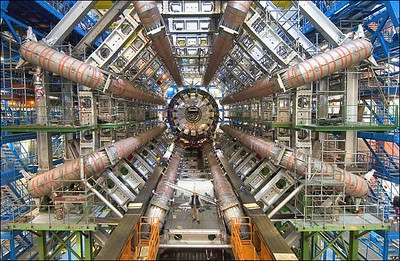 If you don’t understand computers it’s impossible to understand how almost all modern science is done. Researches in all disiplinces need to be proficent at programming in order to anaylse their own data. Business is run on software, often which is customised to the individual requirements of the company. It boggles my mind that people can be so reliant on computers yet have so little idea of how they work.

So, what would my ideal programming documentary cover? The most obvious thing is the internet. A history of computer networking could begin at the development of the first computer networks, describe how TCP/IP divides data into packets and routes it between computers. It could move on to HTTP and HTML both of which are fundamentally simple yet apply to our everyday lives. To bring things up to date it could focus on Google and Facebook and show people the inside of a data centre. I suspect that most people have no idea where their Google search results are coming from.

I doubt that there is much demand for the updated series as long as the 10 part original, but the soon to be released Raspberry Pi machine would be an ideal way to recreate the tinkering appeal of the original BBC Micro. There’s something magical about seeing a program you’ve written appearing on the TV in your living room, rather than on the screen of your main PC. An alternative would be to provide an interpreter as part of a website so you can just type in a URL and start programming. 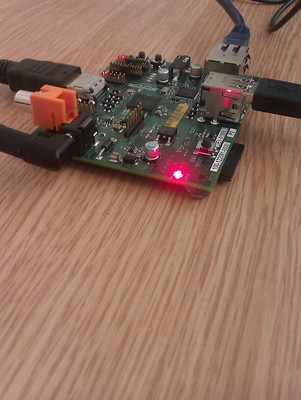 A documentary focussing on programming would have a difficulty that the original series never had - the fact that computing power is common place means that people are used to software created by large teams with dedicated designers. An individual with no experience can’t hope to come to close to something like that. Fortunately computers are so much more powerful today that much of the complexity that you needed to cope with can be abstracted away. Libraries like VPython make it very simple to produce complicated and impressive 3D graphics.

I’m certainly not the only person who wants to help teach the masses to program, but realistically you need an organisation like the BBC to do something that might actually make a difference. Do I think that you create a compelling and informative documentary that might inspire people to program, and give them a very basic understand of how to do it. Definitely.

Photo The Large Hadron Collider/ATLAS at CERN by Image Editor.