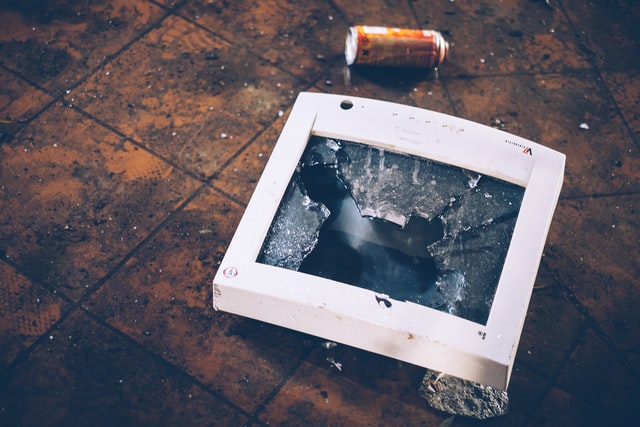 A common refrain from developers is “We have too much tech debt! We need to tackle it to speed up!” It’s hard to argue with the sentiment - badly written code or outdated software does take considerably more effort to maintain than code that follows current best practices. However, saying we have too much tech debt is not useful, because it’s not specific enough. You can’t create a vague “tackle tech debt” project and expect to get sponsorship from the business for the work.

If you’re lucky enough to have a portion of your time available to be used for engineering directed projects then you’re still unlikely to be successful with a vague tech debt project. Getting agreement for what tech debt actually is is nigh-on impossible. Everyone has their own pet peeve that they will want to tackle as part of that project.

My solution to this problem is to avoid using the phrase tech debt. Sometimes tech debt is clear - it might be a database that is outside of its support lifecycle or a library that is many versions behind the current release. More common is that when people say “tech debt” they mean things like code that is not as testable as they would like, or which follows some patterns that they declare to be an anti-pattern. While there is broad agreement about what constitutes good code, the more detailed you get the more it becomes about personal opinions.

The key to a good technical project is the same as with a good business-driven project - you need clear aims, a well-defined definition of done and a coherent set of steps to get you there. Let’s look at the three types of technical projects outlined above in turn.

The simplest case is upgrading an outdated database or library. Getting alignment on the goals of the project can be achieved by creating a policy around the supported version. Perhaps you want to always be running the n-1 major release version, or treat anything that has a new version released more than two weeks ago as outdated. Whatever rule you decide on it’s relatively easy to apply the rule across your codebase (particularly if you use something like Renovate) and come up with a well-defined project to address that debt.

Let’s now consider the case where people say that code is as not as easy to test as it should be. This is much harder to define a rule for, compared to outdated versions. What you can do though is define coding standards to enforce testability. Perhaps you always want to use dependency injection to make it easy to mock dependencies out. Maybe instead you’re worried about your tests being too high-level and therefore too fragile. Your coding standard should define acceptable patterns which can then be compared to your code to provide a list of targets for refactoring. Providing you obtained enough buy-in and agreement when defining the standards there should be little argument about what code to tackle. This is likely to highlight a large number of targets, so prioritising based on a measure of test flakiness is probably worthwhile.

The final case I want to consider is the more general case where people suggest that your code contains “anti-patterns” that need to be refactored. As with “untestable” code “anti-patterns” is not a well-defined word. To create a project to tackle this type of technical debt first try to agree on what is meant by the term “anti-pattern”. It’s easier to start from the positive side of this debate - set up a group of developers to discuss and agree on what libraries, patterns and other code style guidelines you want to encourage. The group should write this up and get agreement from the whole team that they buy into the recommendations.

Depending on the scale of your “anti-pattern” challenges you might want to tackle only a small portion of your issues initially, to avoid doing too much work upfront before you start to see the benefit. The working group could tackle just one or two issues initially, and later expand the guidance.

Once the guidelines have been published compare them to your existing codebase and keep track of where your code deviates from the recommendations. Depending on the scale of your challenges you might want to analyze your code at a higher or lower level. Using automated tools to find and track deviations will give your more specific targets to fix.

Tech debt is a negative phrase that is hard to get agreement on. By turning the discussion on its head to focus on the positive concept of code quality you can encourage more productive conversations, get more alignment in your team, and ultimately run successful projects to tackle issues in your codebase.

Have you had any good or bad experiences trying to tackle tech debt in your codebase? Let me know how you got on in the comments below!

I resist the phrase "tech debt" because I think the analogy is not a good one -- financially, debts can be rolled over, they can be cancelled, and money is fungible -- this amount of debt here is the same as that amount of debt over there.
I try and talk about "maintenance". If you don't do "maintenance" on your car, eventually it will explode / die / fail in a variety of minor and catastrophic ways. That seems to me to hew closer to the truth of how software systems operate.