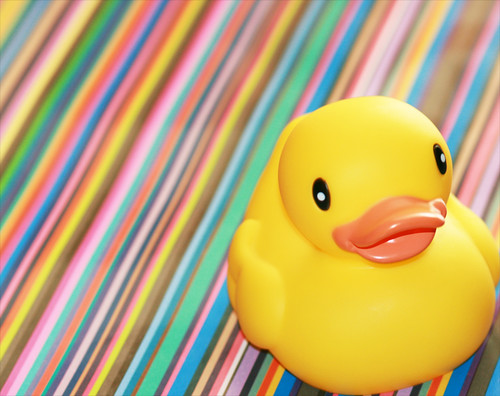 There’s going to be a bit of a change of pace this week, compared to my more recent posts. This time we’re going to be getting deep into the weeds of Python typing.

One of the biggest recent changes to Python has been the introduction of type annotations. Back in the dim and distant past I did my third-year university project on type inference in Python, around the time of Python 2.3. Now though, it’s a much more mainstream part of the Python ecosystem. Alongside tools like black and pylint, the type checker mypy is a core part of my standard Python set-up.

Adding type annotations to your code, and integrating a type checker into your CI pipeline gives you many of the benefits of a statically typed language, while retaining most the speed of development that is associated with Python. The dynamic nature of Python, and the fact that type annotations haven’t been widely adopted by libraries that you might depend on, means that type checking has its limitations and sadly this means it might not be obvious when the type checker has exceeded its abilities to detect errors.

Recently I was investigating a CI pipeline failure for a merge request opened by Renovate for Google’s BigQuery Python API library. The failure was in pylint, saying that a type didn’t have the attribute name we were using. At first, this seemed like a simple failure, but after more investigation, I noticed something odd about it.

The code it was flagging the error for looked similar to the code below. The error was on the second line, where the result of the query is being used.

Why is the error being flagged for LoadJob? We’re running a query, so wouldn’t that be a QueryJob? Checking the library documentation showed that num_dml_rows_affected was still a valid attribute, so the error being raised is spurious. Checking the changes in the upgrade lead me to this pull request. The pull request changes the query function logic from:

The new function call get_job returns a union of all of the different job types, but the original query function only returns a QueryJob. Because the job id refers to the query we’re executing get_job can only ever return a QueryJob, but there’s no way for any static analyser to know that. pylint relies on type inference, and as far as I know doesn’t use the type annotations to calculate return types. pylint infers that the return type of query is now Union[QueryJob, LoadJob, ExtractJob], when you try and use the return value it will only succeed if the attribute is available on all possible types in the union. This explains why the error was saying that num_dml_rows_affected is not available on a LoadJob object - it’s not!

The python-cloud-bigquery project uses the pytypes type checker, but I confirmed mypy has the same behaviour. The change to the library itself doesn’t trigger any errors. It’s only when using pylint on a call to the library that an error is raised.

But why do the type checkers not flag this as a problem? Even if you know this code is correct there is no way they can, and this is precisely the sort of error you use a type checker to try and prevent. There’s something fishy going on, so I tried to reproduce the error using as little code as I could.

Here we have three classes, the base class A and two derived classes. In func we have the variable r which holds a B. We call subfunc which can return either B or C, and assign that to r before returning it. Both mypy and pytypes flag func as having problems - it returns Union[B, C], not the B that was declared.

On further investigation, I discovered that my example code doesn’t quite reflect what’s going on in the library. A is not the base class, it derives from a class from another library. Replacing A with this next snippet of code is more accurate.

Making this change causes the errors raised by both mypy and pytypes to disappear. They claim the code is fine when clearly it’s not. The # type: ignore part of the line is the smoking gun here. It’s needed for mypy (and inferred in pytypes) because Google’s api_core library has not yet added type annotations. All classes in this library get treated as the Any type, which means the type check will essentially ignore any expression involving that type. This is normal and what I would expect.

What I wasn’t expecting was how this interacts with class hierarchies. When you derive from an untyped class the derived class also becomes equivalent to the Any type (because the base class is assumed to have all attributes), so all derived types are equivalent, in this case, B and C. This in turn means that no errors are raised when returning Union[B, C] instead of B.

pylint picks this error up as (as far as I know) it doesn’t yet take into account the type annotations and is still relying on pure type inference. While the code in question is bug-free, the automated checks are not able to help in verifying this. When the api_core library is updated with type annotations the type checkers will start raising this error, despite the change to upgrade the library appearing to be unrelated.

The Any type has a very specific use in Python - when you are using the dynamic nature of Python to go beyond what can be represented by the type system. This is something you should be careful about and go into with your eyes open. What this discovery has taught me is that your dependencies might also introduce the Any type into your code, and its effects can filter through in some unexpected ways.

What do you think of type checking in Python? Have you found any edge cases? Let me know in the comments below!