Integrating Python and Javascript with PyV8 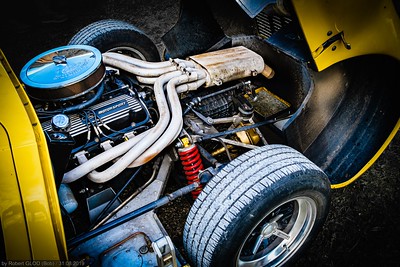 A hobby project of mine would be made much easier if I could run the same code on the server as I run in the web browser. Projects like Node.js have made Javascript on the server a more realistic prospect, but I don’t want to give up on Python and Django, my preferred web development tools.

The obvious solution to this problem is to embed Javascript in Python and to call the key bits of Javascript code from Python. There are two major Javascript interpreters, Mozilla’s SpiderMonkey and Google’s V8.

Unfortunately the python-spidermonkey project is dead and there’s no way of telling if it works with later version of SpiderMonkey. The PyV8 project by contrast is still undergoing active development.

Although PyV8 has a wiki page entitled How To Build it’s not simple to get the project built. They recommend using prebuilt packages, but there are none for recent version of Ubuntu. In this post I’ll describe how to build it on Ubuntu 11.11 and give a simple example of it in action.

The first step is make sure you have the appropriate packages. There may be others that are required and not part of the default install, but there are what I had to install.

Next you need to checkout both the V8 and PyV8 projects using the commands below.

The key step before building PyV8 is to set the V8_HOME environment variable to the directory where you checked out the V8 code. This allows PyV8 to patch V8 and build it as a static library rather than the default dynamic library. Once you’ve set that you can use the standard Python setup.py commands to build and install the library.

In future I’ll write more detailed posts about how to use PyV8, but let’s start with a simple example. Mustache is a simple template language that is ideal when you want to create templates in Javascript. There’s actually a Python implementation of Mustache, but let’s pretend that it doesn’t exist.

To start import the PyV8 library and create a JSContext object. These are equivalent to sub-interpreters so you have several instance of your Javascript code running at once.

Before you can run any Javascript code you need enter() the context. You should also exit() it when you are complete. JSContext objects can be used with with statements to automate this, but for a console session it’s simplest to call the method explicitly. Next we call eval() to run our Javascript code, first by reading in the Mustache library and then to set up our template as a variable.

The final stage is to render the template by dynamically created some Javascript code. The results of the expressions are returned as Python objects, so here rendered contains a Python string.

There’s much more to PyV8 than I’ve described in this post, including calling Python code from Javascript but unfortunately the V8 and PyV8 documentation is a bit lacking. I will post some more of my discoveries in future posts.

Looking foward to more related posts - I want to parse a page / DOM with v8, then manipulate it with python / pyQuery / jQuery

Thank You
This was extreamly useful post for me . I wanted JS eval inside scrapy spiders.

Keep up the good work

This is all good.. But after installing v8 , how to call a particular function of javascript file from python file ?

Its not working for python3..!!

I always get this error after running the command "python setup.py build"..

please help me to fix it..thank you in advance

[...] I also found that others had similar experiences. For example, see: http://andrewwilkinson.wordpress.com/2012/01/23/integrating-python-and-javascript-with-pyv8/ [...]

[…] am trying to install PyV8 on a Debian machine. I have been using this link as a guide, using the v8 and pyv8 check outs found on that web page. I also believe I have all […]