When my electricity provider, nPower, upgraded me to a smart meter I was excited about getting access to more data about my electricity and gas usage. Unfortunately, it turned out that the extra data provided by the connected meters was only available to the power supplier, and not to me as a consumer. They provided a little device with a screen (known as an IHD, or in-home device) which displayed the current and daily/weekly/monthly usage, but little else. No mobile app, no ability to dig into your historical usage, and definitely no API access.

While I was disappointed and frustrated about not having access to what I consider be my data, I left it as I had more important things to worry about (i.e. kids). With my recent project to look at collecting more data from my house, I wanted to revisit this, and collect the data.

There are two meter standards in the UK, SMETS1 and SMETS2. SMETS1 is the older standard, which is no longer being rolled out. SMETS2 is the current standard, which operates quite differently to SMETS1. The main benefit being that if you switch provider your smart meter will continue to work, something that wasn’t true with the earlier standard. If you’re unlucky enough to have a SMETS1 meter you can ask for it to be upgraded. Fortunately, I had a SMETS2 meter.

The way these meters work is that both the electricity and gas meters broadcast their readings locally over a ZigBee network. This is picked up by your IHD, and displayed live. The electricity meter also listens to the gas readings and every so often uploads them over a mobile phone connection to a central data broker. This is then forwarded on your supplier. smartme.co.uk has much more detail on this process.

The key point is that your data can not only be forwarded on to your supplier, but you can grant access to other companies too. Enter Glow who act as what is known as DCC Other User and use smart meter data to help companies do research and development. They also provide more tools for consumers to use their data.

After installing the app you need to go through a security verification process. This involves uploading details of your electricity meter and address (by taking photos of your bill), a photo of some photo id, and a selfie video of yourself saying “I’m My Name, and I accept the terms and conditions”. After that, your details are sent away for a manual verification process, which in my case took two days. I also received an email asking whether I was planning to buy their display. When I said yes they said they wouldn’t process my application until it arrived. This was a bit frustrating as it meant I couldn’t use the app in the meantime. Once the device arrived the application was processed quickly. 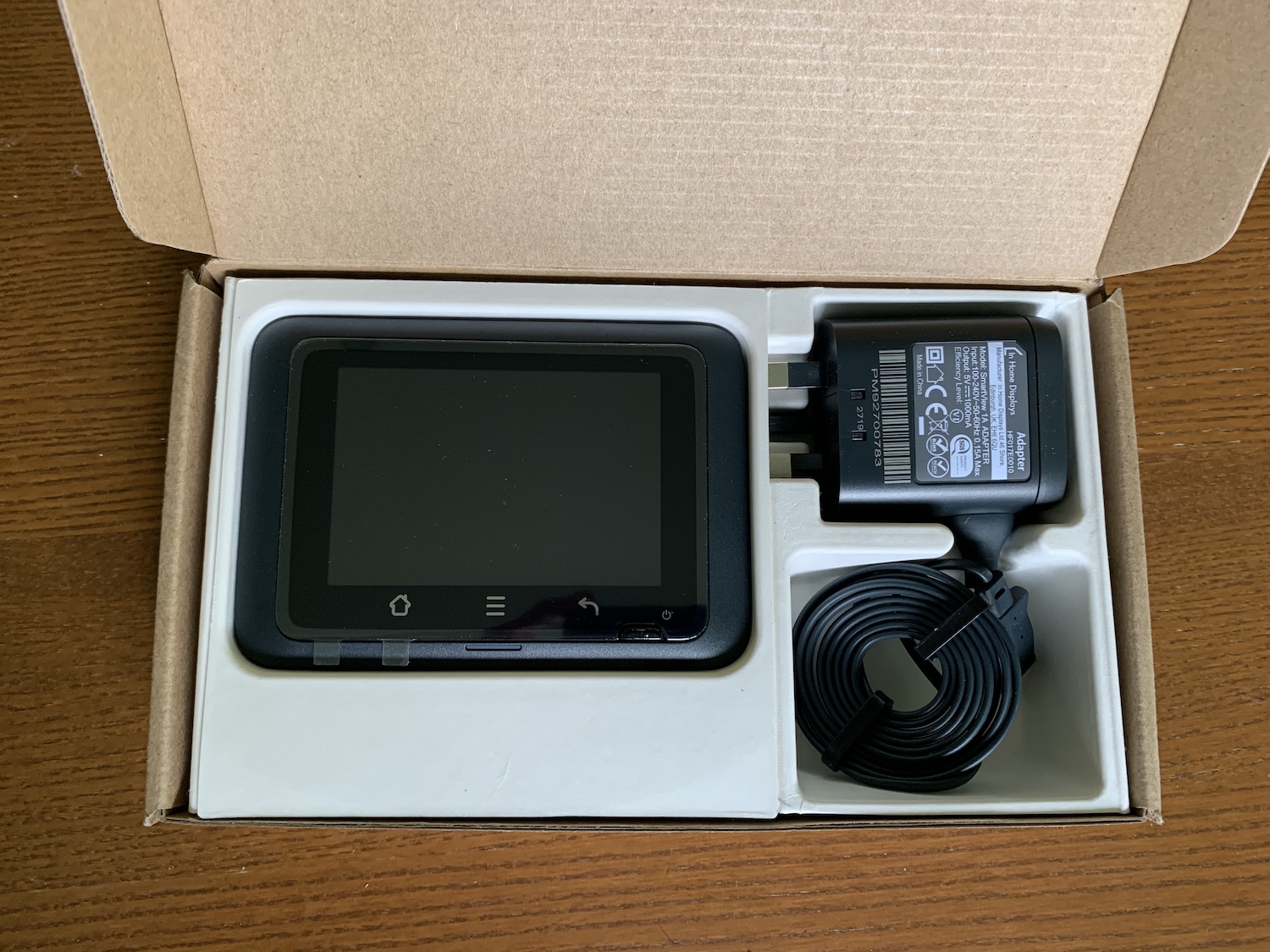 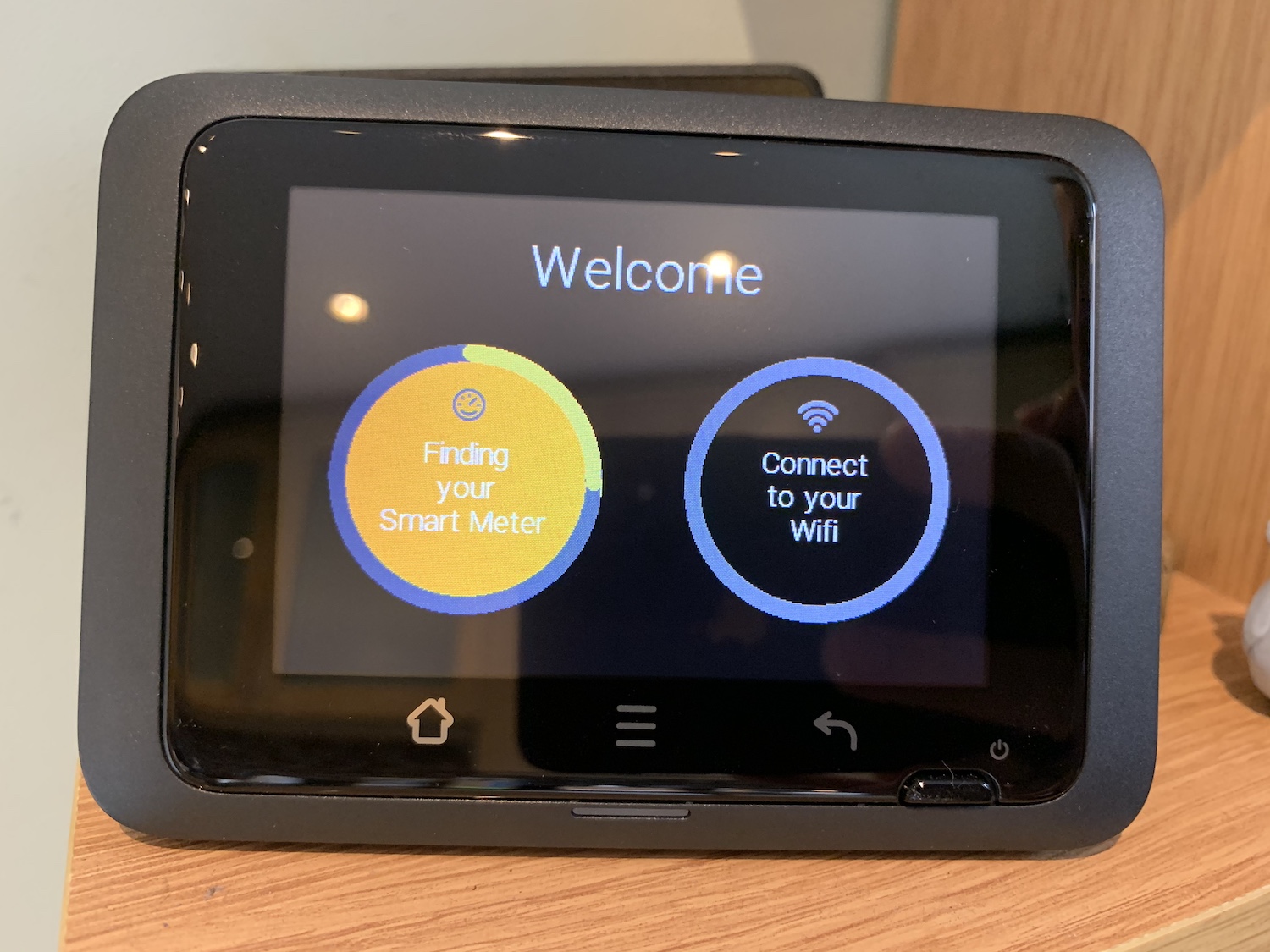 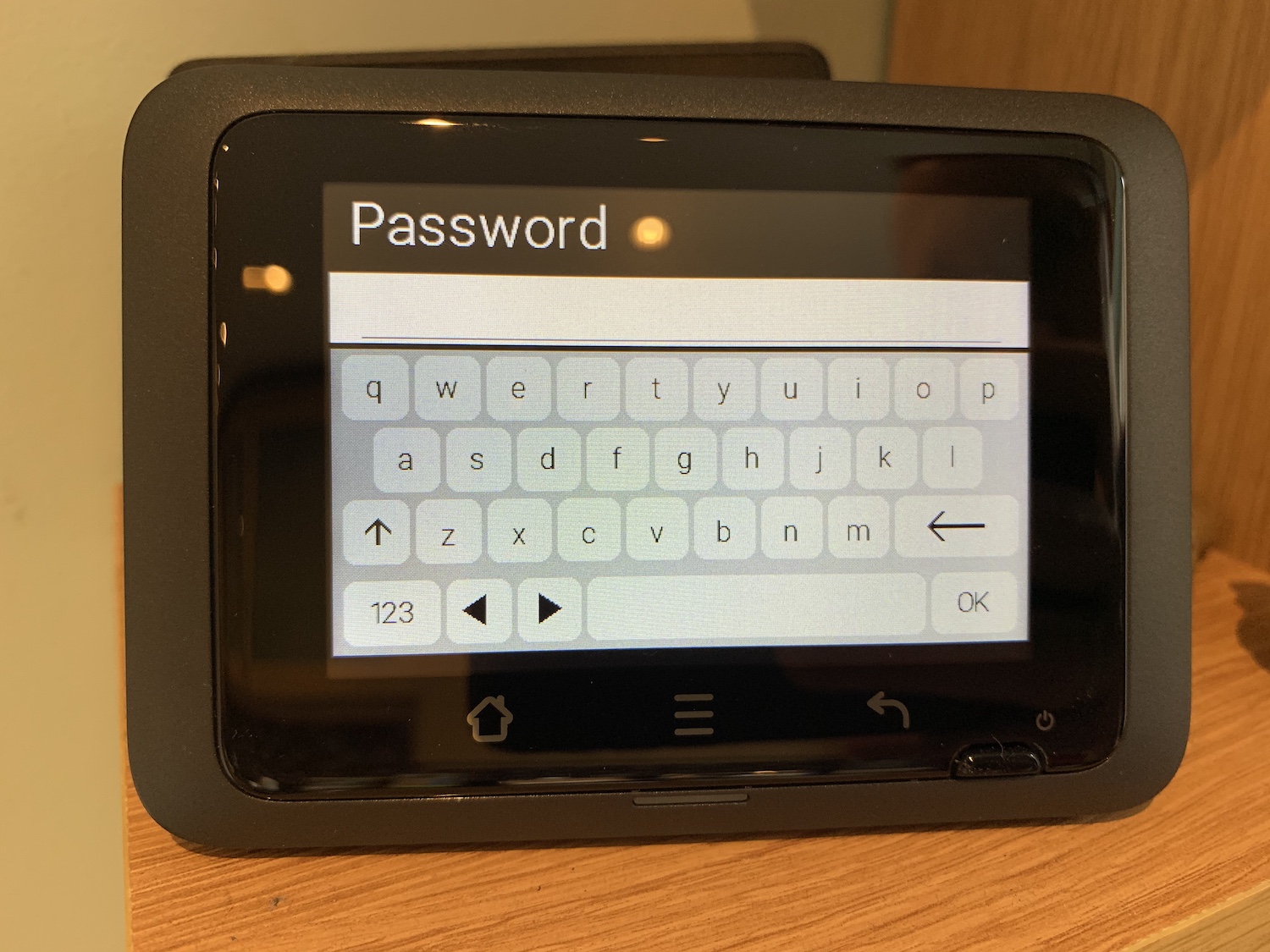 The device itself works ok but does have a few usability issues. For example, the graphs could be designed better. As the example below shows, it doesn’t always pick the best axis. 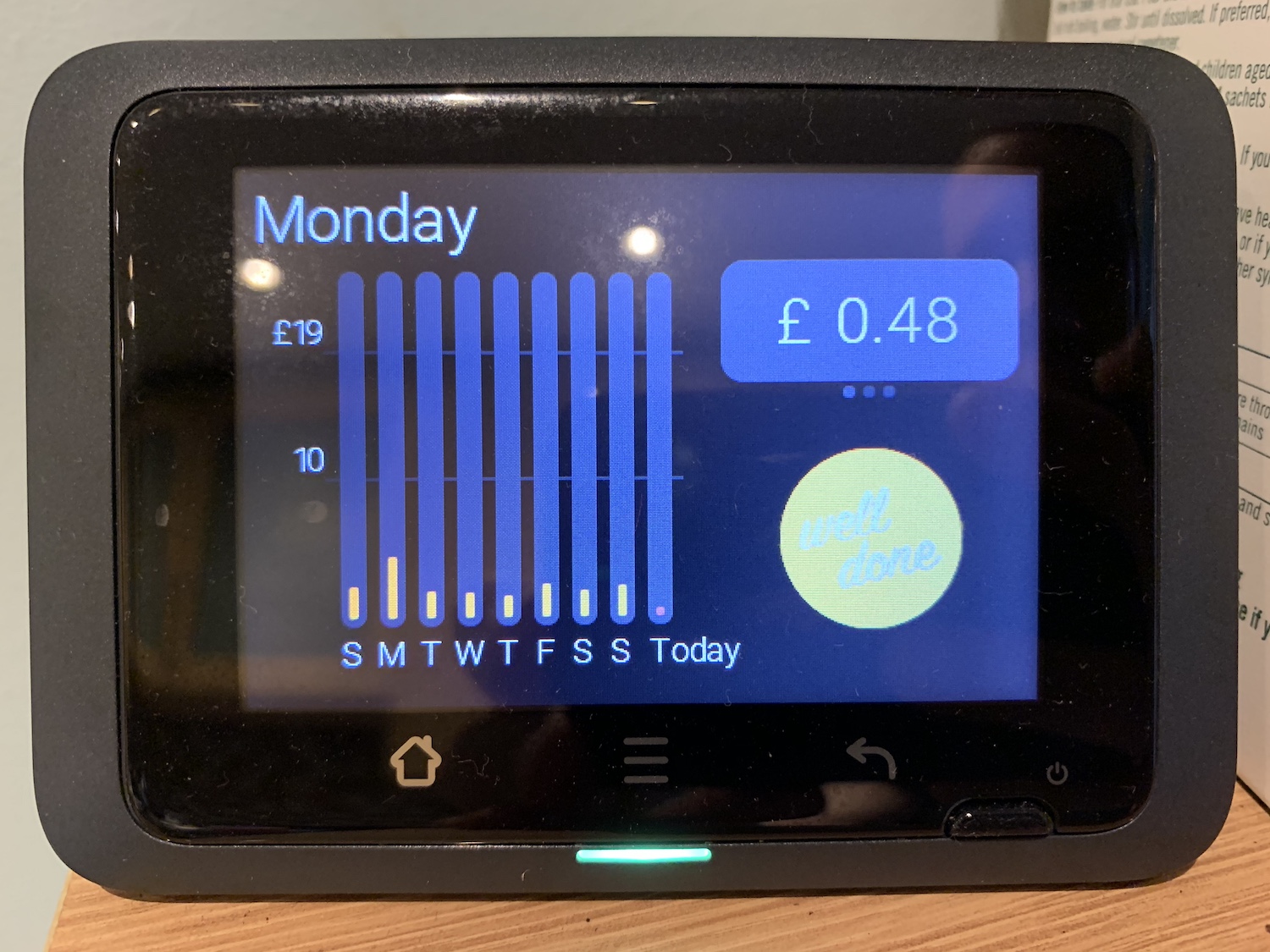 That’s a relatively minor point though, and generally, it does what it’s supposed to do. I’ve had one occasion so far when it lost its WiFi connection, but a quick reboot sorted that out. The main benefit comes from the fact that you can access your live meter data over MQTT, and I’ll talk about that in my next post.