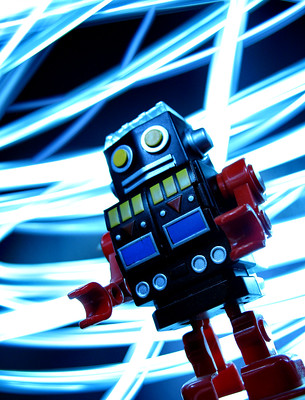 In a previous post I discussed what you want from an automatic deployment system. In this post I’ll discuss how use to solve the repeatability and scalability requirements that I set out.

Fabric is a tool which lets you write scripts to automate repetitive tasks. So far, so bash like. What sets Fabric apart is the tools it gives you to run commands on remote servers. Fabric allows you to run the same commands on multiple machines, and to move files between the hosts easily.

To get started with Fabric you’ll need to install it, but a simple sudo easy_install fabric should be enough to get you up and running. The Fabric website has excellent documentation, including a tutorial, but before I discuss how to integrate Fabric with your Django deployment process, lets go over the basics.

A Fabric control file is a Python file named fabfile.py. In it, you define a series functions, one for each command that you want to run on the remote servers.

We’ve defined the function update which can be run by typing fab update in the same directory as fabfile.py. When run, Fabric will connect in turn to host1 and host2 and run svn up in /data/site and then restart Apache.

Typically I define two functions. An update command, like that above is used to update the site where is has previously been deployed. A deploy command is used to checkout the site onto a new machine. Fabric lets you override the host list on the command line using the -H option. To deploy one of my sites on a new box I just have to type fab -H new-machine deploy and the box is set up for me.

Fabric helps you fulfil a few of the requirements for a perfect deployment system. It is scaleable, as to extend your system to a new machine you only need to add the hostname to the env.hosts list. It is also repeatable, providing you put every command you need to run to update your site into your fabfile.

With an automated deployment system in place we can now move on to looking a dependency, settings and database change management, but those are subjects for a future post.

Never used fabric before. But from your article, it could be quite handy indeed. Looking forward to using this tool later :-)

I use fabric to deploy my website and it is really great.