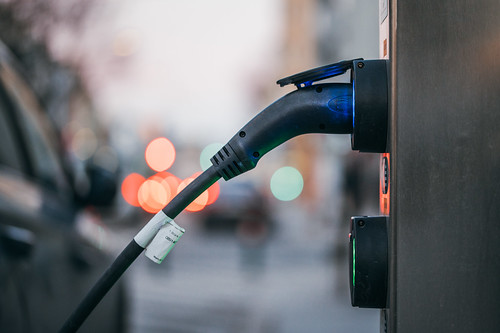 Recently I went on holiday to the island of Jersey in the Channel Islands. As an electric car owner this currently requires more planning than I would like. Inevitably, running an electric car on holiday is not quite as convenient as being able to charge your car up at home, or being able to pop into a petrol station and fill up in a couple of minutes. There are three 50kw chargers on the island, which can get me from 20% to 90%+ in just under an hour. Given the size of the island a full battery will last for five or six days, so we expected this to be ok.

Although we’ve owned a Tesla for around nine months at this point our only drive longer than the range of the car was to Northern Ireland and back, which necessitated a single stop in each direction at a Tesla Supercharger and was quick and easy, exactly what you’d hope for. While we were there we were able to charge using a three-pin plug where we were staying, so charge was not an issue. Unfortunately, the rented accommodation we were staying in on Jersey didn’t have a plug near the car park, so charging overnight was not an option.

On our first day we happened to park in a car park with some 7kw chargers. We thought why not get a top-up while we buy some food, so we plugged in and tried to work out how to start a charge. Most chargers on the island are run by Charge Your Car so I had already downloaded the app. First impressions of the app are not good - it hasn’t even been updated to support a modern iPhone’s aspect ratio. Still, it was fairly easy to navigate to the right charge point on the map and click the “start charge” button. This then directed us to add a card to the app so we could pay. The first stage worked fine, but then you need to add the CVV number and the app returned a 404 Not Found error and that was it - there was no way to start the charge. After 20 minutes on hold to their helpline, we gave up and left.

The next day I went to the nearest 50kw charger which while also run by Charge Your Car supported contactless payment. It worked perfectly, so I could focus on my holiday.

After running the car down to about 15% I went back to the charger, only this time it refused to detect that our car was connected. While I was on hold to the helpline a nice man from Jersey Electric happened to be passing and he tried to help. He wasn’t able to fix the fast charger so he directed me to a nearby 22kw AC charger. Sadly this was limited to 11kw due to the Model 3’s onboard charger. It was also managed by Charge Your Car so the helpful Jersey Electric man lent me his RFID card to so I could top up. After waiting an hour (which at 11kw only gained me 18%) I decided to risk a different 50kw charger.

After some difficultly finding and then parking at the charger as it was in a very tight hotel car park I was eventually able to connect and set about trying to work out how to start the charge. This charger didn’t support contactless and was run by BP Pulse. Downloading the app and registering was reasonably straightforward, but instead of registering my card, I needed to top up a minimum of £10. Once this was done the charge started and I sat back to enjoy my book. Unfortunately, after less than 10 minutes the charger crashed and rebooted. When it came back it refused to start the charge again. Having wasted most of my morning and now on 50% charge, I headed off to enjoy the rest of my holiday.

Fortunately, for the other two times I used the Charge Your Car rapid charger it worked flawlessly and as expected the Tesla Supercharger on the return journey was perfect. Sadly this experience added more stress than I would like to an otherwise enjoyable holiday. The UK is definitely not ready for the EV revolution, unless you are able to charge at home, or only travel within the Tesla network’s range.

What suprised me most was just how anticonsumer the two charging companies I had to use were. Charge Your Car appears to have been abandoned - an app that’s only had two minor updates in two years, and currently fails in its primary purposed - to let you start a charge at their charge points. We also spent over two hours on hold, and the phone was never picked up. BP Pulse was better, but only marginally. I did manage to start a charge, but the unreliability of the charge prevented it from successfully completing. They also required me to top up a minimum of £10, so I now have over £8 trapped in their app with no obvious way of getting a refund.

Can you imagine if petrol stations worked this way? You needed to download an app for each brand of station, and they forced you to top a minimum of £100 before you could fill up. Half way through filling up it gives up and refuses to add any more petrol. Cars would never have taken off and we’d still be using horse and carts.

As a smug Telsa driver with access to the Supercharger network it would be easy to think that I’m ok. That’s only the case when a Supercharge is en-route though, and while widespread there aren’t charges everywhere and enivatably I’ll need to use third party chargers occasionally.

The UK government seems to be aware of these issues, which is a nice change. They recently published a report which among other things highlights the reliability issues, and the consumer unfriendlyness of requiring app downloads or subscriptions to be able to charge.

In a related move the Competitions and Markets Authority have opened an investigation into a couple of charging companies who have signed exclusive deals with the main providers of motorway service stations. They don’t mention Tesla, but given the exclusivity of the Super Charger network it wouldn’t surprise if they were forced to open it to other users. This is something that has been rumoured for a while, but might be taken out of Tesla’s hands.

In general being an electric car owner is great, but I hope the market and governments pressure charging companies to stop being so anti-consumer, or it really will set the revolution back by years.

Photo Close-up of an electric car charging station with a car plugged in by Ivan Radic.

Of course most petrol stations *do* have a minimum charge for petrol of £5. Not so far from £10!