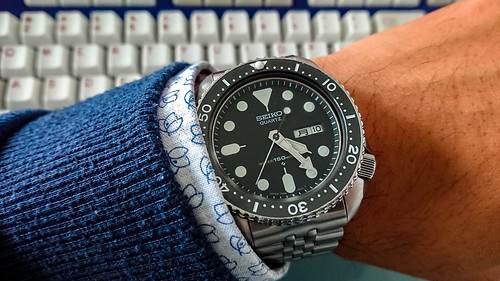 As soon as you make the leap from developer to manager one of the most immediate changes you notice, apart from the crushing uncertainty of not knowing what it is you’re supposed to be doing, is that your calendar will fill up quicker than you can say “let’s schedule 30 minutes to discuss that”.

Clockwise is a new tool that has proliferated around the managers at work which claims to solve your meeting woes by taking over the scheduling and booking rooms for you. It’s like having your own PA, only without, you know, actually being important enough to justify one.

Technically Clockwise is a browser plugin which integrates with Google Calendar. Every day at 4pm it looks at meetings occurring over the next week and rearranges them to resolve conflicts, and to try and create blocks of “focus time”. Focus time is a chunk of meeting-free time, two hours or longer, in which you can get stuck into work, rather than having a series of 30-minute gaps where it’s hard to achieve anything.

Clockwise will only move meetings that you’ve enabled it for, so you don’t have to worry about it completely messing up your schedule. You also don’t need all participants in a meeting to have Clockwise installed. It can move any meeting you’re invited to and will try to optimise the scheduling for everyone. There are some benefits to having Clockwise installed though - you can configure it to prefer focus time in the mornings or afternoons, and Clockwise can manage a lunchbreak for you too.

In general Clockwise works great. Although it is impossible to create much “focus time” given my schedule, it does a good job of automatically resolving conflicts and creating focus time where it can. There are a few niggles though.

Sometimes a meeting will not be moved, and you’ll notice that you have an unresolved conflict. It’s not clear why this happens, as one or both of the meetings are enabled for Clockwise. Perhaps more clear errors when Clockwise fails to resolve a conflict would be good.

Sometimes meetings seem to be moved for no reason at all. I have a couple of one to ones that this is common on, and the moves don’t resolve a conflict and don’t create focus time but Clockwise moves the meeting just because it can. Each day in the run-up to the meeting it will ping pong around the calendar, making it hard to remember when the meeting is happening…

Lastly Clockwise doesn’t consider different weeks when moving a weekly meeting. You can configure meetings so they are moved within the week, or within the day. I have all mine set to within the week as this gives Clockwise the most flexibility. Unfortunately, if you have a weekly meeting you can end up with a meeting on a Friday, and then one on the following Monday. It would be good if Clockwise could try to keep at least four working days between instances of the weekly meetings.

Clockwise is predicated on the fact that meetings are movable, and the more meetings you enable Clockwise on the better it’s able to do its job. In Rands In Repose’s classic article on one to ones the first rule he states is:

Same time each week. When you become a manager of people, an odd thing happens. You’re automatically perceived as being busier. Whether you are or not is irrelevant; folks just think you are. Consistently landing your 1:1s at the same time on the same day is a weekly reminder that you are here for them — no matter how busy.

This is the opposite of Clockwise’s goal. Currently, I have all my one to ones enabled, so they do bounce around the week a fair bit, but I find this makes them more likely to happen because they will avoid clashes with unskippable meetings. If you’re important enough to move a meeting with 20 other people, then perhaps you can keep your one to ones static. This is probably the one part of Rand’s advice that I deliberately don’t follow - keeping the meetings flexible makes them more likely to happen every week.

It’s not yet clear what Clockwise’s business model will be. Currently, it’s available for free for everyone, but presumably, that won’t always be the case. For now, though, it’s hard for me to imagine managing my calendar without it.