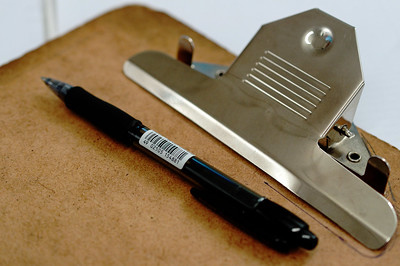 Last week the UK government announced more than 12,000 cases of COVID-19 - more than double the number from the day before. This increase was accompanied by the following message on the Government’s Data Dashboard.

Due to a technical issue, which has now been resolved, there has been a delay in publishing a number of COVID-19 cases to the dashboard in England. This means the total reported over the coming days will include some additional cases from the period between 24 September and 1 October, increasing the number of cases reported.

This turned out to be an issue with the reporting of positive tests caused by a limit in Excel. An interesting part of the story is the way it was initially reported in the media. Their focus is on the number of the cases reported each day, which due to the delay in processing tests is not accurate normal, but with this delay is a pretty meaningless number. The key measure used to make important decisions is the rolling average of new case over the last seven days, and with this number you can’t at a glance know how the average is changing.

What is particularly odd, is that it turns out that the government do publish the number of positive cases by the date the sample was taken. It’s just that for the last few days the media narrative has been “huge number of cases”, even though that’s largely an artefact of the old incorrect data. Sure they’re high, but they went up a week before, not last Saturday.

Now, I’m not a virologist, a sociologist or a politician. I am a developer, and this got me thinking about how to design data structures for time-series data. It’s tempting to think of time-series data as consisting of a pair of values - the metric, and the date the value applies to. In the example above this would be the number of positive tests, and the date the sample was taken. As we’ve seen so clearly over the last few days this time-series is not immutable, and the history can and will change as new information becomes available.

A better way to think about the data is as a triple - the metric, the date the value applies to, and the date we knew about the data point. Depending on what you want to do with the data the second date could be part of the primary key. In many cases you only ever want to know what is our best view of the history - in this case just having a last_modified date is probably enough. Just having a date that represents when the value was last updated shows that the history is mutable.

In some cases though, you want to be able to ‘re-run’ history, and in that case, making the date_known part of your primary key gives you a two-dimensional view of the data. On one axis you have the date the value applies to, and on the other, it’s the date that we knew about that value. This allows you to ask on this date, what was our view of the data? If you’re training a machine learning model or trying to do any sort of prediction, it’s crucial that you don’t train it on data that you didn’t know at the time. It’d very easy to think you can predict the stock market if you train your model on a complete history of shares prices.

Timeseries data is all around us, and it’s easy to think that history doesn’t change. Unless you’re measuring something directly then all you have is your best view of the data at a given point in time. Expecting that to not change is both likely to be incorrect, but will also prevent you from asking interesting questions of your data. So the next time you’re building a time-series, try to think in two dimensions.