Steve Jobs and the Lean Startup 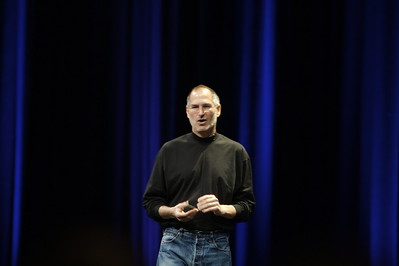 On my 25 minute train journey to work each morning I like to pass the time by reading. The two most recent books I’ve read are The Lean Startup: How Constant Innovation Creates Radically Successful Businesses by Eric Ries and Steve Jobs by Walter Isaacson (both links contain an affiliate id). Although one is a biography and the other is a book on project management they actually cover similar ground, and both are books that people working in technology should read.

Walter Isaacson’s book has been extensively reviewed and dissected so I’m not going to go into detail on it. The book is roughly divided into two halves. The first section is on the founding of Apple, Pixar and NeXT. This section serves an inspirational guide to setting up your own company. The joy of building a great product and defying the odds against a company succeeding comes across very strongly. The later section following Job’s return to Apple is a much more about the nuts and bolts of running a huge corporation. While it’s an interesting guide to how Apple got to where it is today, it lacks the excitement of the earlier chapters. 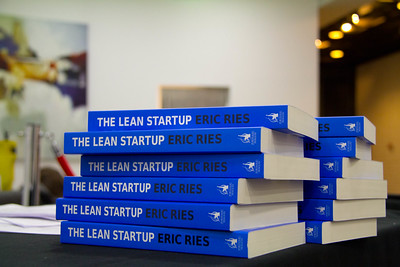 The Lean Startup could, rather unkindly, be described as a managerial technique book. It’s much more than that though as it’s more of a philosophy for how to run company or a project. The book is very readable and engaging with plenty of useful case studies to illustrate the point being made. The key message of the book is to get your product out to customers as soon as possible, to measure as much as you can and learn from what your customers are doing and saying. As you learn you need to make a decision on whether to persevere or to pivot, and change strategy.

There are many reasons why Steve Jobs was a great leader, a visionary and a terrible boss. One aspect was his unshakable belief that he knew what the customer wanted, even before they knew themselves. This is the antithesis of the Lean Startup methodology, which focuses on measurement and learning. Eric Ries stresses that a startup is not necessarily two guys working out of a garage. Huge multinational corporations can have speculative teams or projects inside them, that act much like start ups, so it wouldn’t be impossible for the Apple of today to act like a start up. Apple weren’t always huge though, and back in the 1970s they really were a start up.

One Apple trait the Lean Startup methodolgy doesn’t allow for is dramatic product launches. The Lean Startup is a way of working that relies on quick iteration and gradually building up your customer base. It’s hard to quickly iterate when building hardware, but early in Apple’s life they were struggling to find a market for their computers. The Apple I follow the trend of the time of build-it-yourself computers. Just a year later and Apple released the [Apple ] which came with a case and was much more suitable for the average consumer. This represents a pivot on the part of Apple. They could have continued to focus on hobbyists but instead they decided to change and aim for a bigger, but less technical, market.

Reading is a key part of becoming a better programmer. Whether it’s reading about the latest technology on a blog, the latest project management techniques or the history of computers reading will help you become better at your job. I’m not sure I recommend anyone tries to recreate Steve Job’s management style, but as a history of Apple Walter Isaacson’s book is inspirational and informative. The Lean Startup is considerably more practical, even if it won’t inspire you to set a company in the first place.